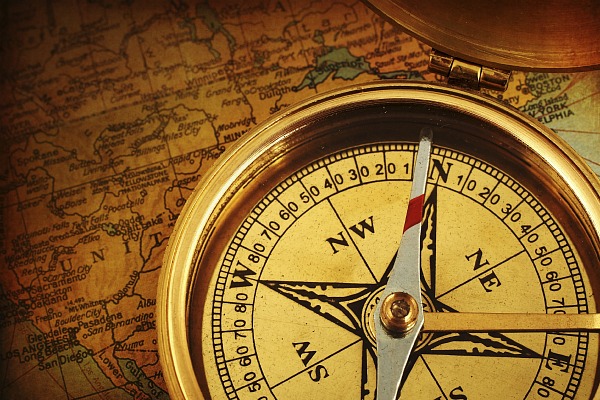 On 1 December 2008, the State Rescue Board of New South Wales will introduce new Standard Operating Procedures (SOPs) for Offshore Vessel Tracking and Offshore Tracking Sheets (OTS) to be used by all NSW Volunteer Marine Rescue Organisations (VMROs). These procedures have been developed by the NSW Volunteer Marine Rescue Council (VMRC) following considerable input from the cruising and boating community and volunteer marine rescue organisations.

Successful operation of Offshore Tracking requires an obligation by both the VMROs and the skippers who choose to use the service.

Skippers who ask for Offshore Tracking have an obligation to make Position Reports as they have nominated and to advise amended ETA or any changes in plan that they may choose to make.

The key points in the new SOPs for Offshore Tracking are:

•    Skippers will make their own choice of Reporting Points for their voyage;
•    All Reporting Points must be Search and Rescue Coordination Centres (SARCCs) along their planned route;
•    Skippers may choose as many or as few, or even no Reporting Points, for their voyage. This is the Skipper’s choice and responsibility;
•    Skippers may now log on for Offshore Tracking either by radio or by submitting a written Voyage Plan (see following);
•    Volunteer Marine Radio Operators at the time of departure will prepare an OTS for the vessel and pass this on to both the first Reporting Point and the volunteer marine radio base at the destination port nominated by the skipper;
•    Skippers who have initiated an OTS are required to keep to the Position Report schedule (“sked”) they have nominated or advise the nearest Volunteer Marine Radio Base of any change of plan;
•    When skippers make their Position Report “sked” at each Reporting Point, volunteer marine radio operators will pass on the updated OTS to the next nominated Reporting Point and final destination until the voyage in completed;

•    Position Reports must now include Latitude and Longitude, Course (°M or °T), Speed (water) and ETA at next Reporting Point or final destination, whichever is next.
•    Inconclusive position reports such as “abeam Seal Rocks” are no longer acceptable. This is inadequate information to start a Search and Rescue operation if needed and lives may be placed at avoidable risk.
•    Only nominated Reporting Points will initiate checks on vessels that have not made their Position Report “sked” at the agreed time.

Written Voyage Plan: Skippers now have the option to streamline their log-on for Offshore Tracking by completing a written Voyage Plan prior to departure (see form attached). The Voyage Plan is a notification of intent, it does not replace the OTS. This may be submitted to the VMRO at the port of departure by fax, e-mail or in person and then activated on departure by either marine radio or telephone. This will save considerable time as it enables skippers to provide all the required vessel details, contact numbers, destination, ETA and nominated Reporting Points (if any) before departure. Reporting Points must be Search and Rescue Coordination Centres (SARCCs) located along the planned route. Submitting a written Voyage Plan is entirely optional but is strongly recommended.

Radio Log-Ons: Skippers can still choose to log-on by radio as formerly without submitting a written Voyage Plan, however the same voyage details will still be required by the volunteer radio operator. This will take time that could otherwise be better used by skippers and crew at the start of a voyage. At the time of log-on skippers will be asked if they wish to nominate Reporting Points (SARCCs) for their voyage. Skippers have the option of nominating as many or as few as they wish, or none. This is entirely the decision and responsibility of the skipper.

Now that many vessels have marine radios with DSC (Digital Selective Calling), skippers of these vessels will be asked to provide their MMSI (Maritime Mobile Service Identity) in their Voyage Plan or when logging-on.

Radio operators at nominated Reporting Points will initiate checks with the vessel if Position Report “skeds” are missed.

Inconclusive Position Reports that have been given in the past, such as “abeam Seal Rocks”, will no longer be acceptable. Such vague terms provide little assistance to search and rescue organisations in a search and seriously limit the safety value of Offshore Tracking.

Voyage Changes: If a skipper decides to make changes to the voyage details given for their OTS they must inform the next Reporting Point to make these changes to their vessel’s OTS.

Interrupted Voyage: If a skipper decides to suspend the journey at an interim port, they must contact the local volunteer marine radio base to inform them of their decision, advise where they logged-on and their original destination and ask the VMR base to inform the both the next scheduled Reporting Point and the original destination on their OTS.

Voyages beyond NSW: Any voyage that extends beyond NSW will come under the next state’s offshore tracking arrangements upon leaving NSW waters. The OTS will still be sent from the last NSW Reporting Point to the nominated destination in the adjoining state.

Volunteer Marine Radio Responsibility in Sydney area on Weekdays and Weekends: From 6pm on Sunday to 6pm Friday (weekdays), Coastal Patrol Sydney at Terrey Hills, a twenty-four hour base, is responsible for handling offshore tracking.
From 6pm Friday to 6pm Sunday (weekends) the responsibility is handed to Coast Guard Sydney at South Head.

Voyage Plan blank forms and SARCC list: Voyage Plan forms and a complete list of NSW SARCCs with phone, fax and e-mail details are now available to download from the Royal Volunteer Coastal Patrol website www.coastalpatrol.com.au  These will also be available in due course from NSW Maritime, AVCGA and VRA Marine as well as from your local volunteer marine rescue base.

The new SOPs for Offshore Tracking have been developed to make offshore voyages safer for vessels travelling the NSW coast. Logging on by skippers has been made easier and more efficient. These procedures will enable a faster, more effective search and rescue response if a vessel goes missing by ensuring that accurate last known position, course and speed information is recorded.

Co-operation is essential from all skippers who wish to give themselves, their crew and their families, the Volunteer Marine Rescue Safety Net that is provided with Offshore Tracking.

•    Skipper’s Promise – you will inform the nearest Base if you do not believe you will make a Reporting Point on time or make a change of destination.